It’s All a Blur: The Paradox of the Heap 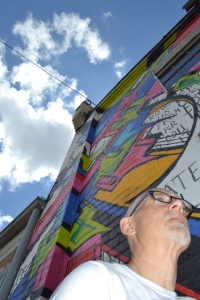 Yesterday I was writing a chapter of my next book relating to the Paradox of the Heap.  Not all of my thoughts on the matter were a good fit within the context of the book.  Since they have to go somewhere, they gotta go here.

Note: if you came for today’s Cabal Fang WOD, it’s at the bottom.

In his amazing little book The Chicken Qabalah, Duquette points out one of the tried and true methods of mystical seeing: bending your logic until it snaps.   Duquette is right.  Although this technique might not take you as deep as meditation, it’s a quicker high.  One of my methods is to take a big lungful of the Paradox of the Heap.  Let’s do that and see if we can catch a buzz.

The Paradox of the Heap is an logic puzzle that dates back to ancient Greece, and it goes something like this: You have a heap of 100 stones.  Take one out.  Now you have 99.  Is it still a heap?  Take out another.  Is 98 stones a heap?  Keep going.  At what point does your heap cease to be a heap?  Is a single stone a heap?

Try more scales.  Slowly transition a Democrat into a Republican, a white person into a black person, a single-celled organism into a human being, a sphere into a cube, etc.  The more objects and scales to which you apply the Paradox of the Heap the more arbitrary all of your delineations become.  Everything starts to look silly.  Numbers and sex are meaningless, color is ridiculous, philosophies are balderdash.

If every delineation we make is arbitrary, aren’t the decisions we make based on these “facts” arbitrary as well?  What is “same sex marriage?” When does a fertilized egg become a human being?  What is a fair wage?  What is right?  What is wrong?

What if there is just existence — a great big cosmos full of stuff that we should stop trying to divide and conquer with ideas and concepts and scales?  Maybe we should just lay back in the nice warm tub of existence and soak it all in, just enjoy it and experience it instead trying to stick a thermometer in the water to see if it’s officially the perfect temperature.

What if we should just be?

This entry was posted in Mysticism and tagged being, logic, paradox. Bookmark the permalink.