Grandpa Lyne and Me Sharing a Love for Canes 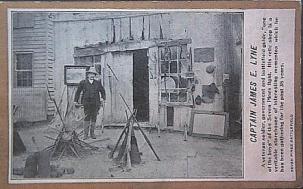 Those who know me are aware that I’m something of a cane fighter.  Coincidentally, my great-great-grandfather on my mother’s side, one “Captain” James E. Lyne, is somewhat famous for his hand-made canes.

James and his wife operated a general store with an apothecary and a Civil War relic shop.  He ran the relic stand and did the heavy lifting at the general store, while she ran the counter, operated the apothecary, and kept the books. 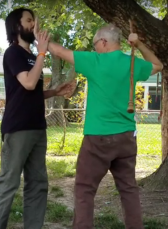 I don’t believe he was really a captain in the Confederate army though.  To hear my great-grandma tell it, he was so young they wouldn’t let him fight in the “War of Northern Aggression” as they called it.  She always said all they’d let him do was carry messages and blow a bugle.  Rumor has it he said whatever he needed to say to make his battlefield tours fun and entertaining.

Anyway, great-great-grandpa Lyne liked to carve and sell souvenir canes.  Here are some pics of his canes by way of canequest.com.

At some point he was also a caretaker of Seven Pines Battlefield.  Somewhere around here I have a newspaper article about it.  If more folks are interested, I’ll see if I can dig it up and scan it.

This is a donation-only event — make a contribution of $5, $10, $20, or whatever you can afford.  We’re a non-profit group and every little bit helps!

WHEN SWORDS WERE OUTLAWED ON THE STREETS OF EUROPE IN THE 19TH CENTURY, A NEW METHOD OF SELF-DEFENSE EMERGED.  IT’S CALLED LA CANNE VIGNY.

French Master-at-arms Pierre Vigny (b.1866) was an Army veteran, a combatives instructor, and chief instructor at the now famous Bartitsu Club operated by Edward William Barton-Wright.  Vigny specialized in French savate and the sportive style of stick fighting known as la canne which he modified for more effective self defense.

THE VIGNY-LANG METHOD IS THE MOST HIGHLY TESTED AND EFFECTIVE CANE DEFENSE SYSTEM EVER DEVISED.

H.G. Lang was a Superintendent of the Indian Police, and he drew heavily on Vigny’s method when training Indian officers in cane defense.  In 1923 Lang published his book Walking Stick Method of Self Defence which became the basis for self-defense training for tens of thousands of Jews living in Palestine during the 1940s.

THIS IS AN OUTDOOR EVENT SO DRESS APPROPRIATELY FOR THE WEATHER! 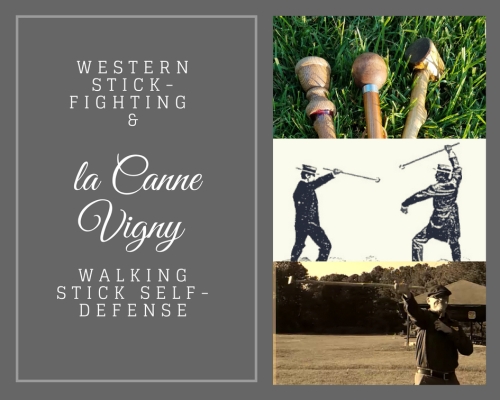