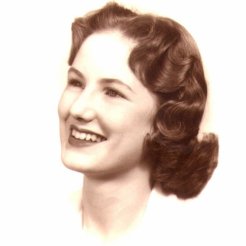 Your chance of being attacked with a fist, box cutter, or pointed stick is debatable.  According to this U.S. Dept of Justice report, there is an 83% chance of being the victim of a violent crime at some point during your lifetime.  If you are elderly, let’s say over age 70, the same study says that your chances of being a victim at some point in your remaining years is 8% or about 1 in 12.

Your chances of being a victim are much greater if you are poor and or homeless. Note that statistics about crime vs. homeless people aren’t reliable because (a) sadly, most people don’t give a crap about homeless people and (b) homeless people are less likely to report crimes for fear of being victimized or jailed.   Here in the good ol’ U.S.A., which was once the land of opportunity, your chances of being poor and homeless are virtually 100%.  The median net worth of those aged 65 and over is about $75,000 bucks, most of which is probably equity in a primary residence.  Assisted living costs about $5,000 per month, nursing care about $9,000.  Which means when you can’t take care of yourself anymore, you have about 9 months before you’re homeless.

Now, here is the pisser, the bitch, the kick-in-the-crotch, down-and-dirty truth that you need to face right here and right now if you are going to stay safe when you get old.

Unless you take charge of your life right now, at some point you are going to be old, sick, homeless, and at high risk.   On the street.  So destitute that they won’t even have reliable statistics about what’s going to happen to you.

In your mind you are saying, “My family won’t let that happen to me” or “I’ve got Social Security” or “there’s always Medicaid.”

Do you really want to saddle your kids with your care?  Before my mother and father passed away, I had been assisting in their care for over 10 years.  It exhausted me, and all I was doing was handling finances, paying bills, grocery shopping, occasionally cooking, visiting, shuttling to dialysis and doctor’s appointments, taking scary emergency phone calls at 1:00 AM, and so on.  I can’t imagine how hard it must be for those who have elderly relatives in adult diapers living in their homes.

Social Security pays very little,  and Medicaid will not kick in until you have assets less than $2,000.  You will have to sell everything you own in order to have a roof over your head.  And since there is a 5-year look back period, you can’t even give stuff to your kids.  Medicaid will find out and claw it back.  And remember, when you are “in the system” and on Medicaid, you have lost all control.  If you don’t have any elderly relatives “in the system” I encourage you to go see what Medicaid facilities look like.  Seeing these places will be a great motivator.

Face it now.  There is no cavalry coming over the hill.  You are on your own.  Here are my recommendations.

This entry was posted in Martial arts, Writing and tagged elderly, self-defense. Bookmark the permalink.