Jordan Peterson Talks Martial Arts and the Workout of the Week

“The path to enlightenment and wisdom is seldom trod upon because if it was all a matter of following your bliss and doing what made you happy then everyone in the world would be a paragon of wisdom.  But it’s not that at all.  It’s a matter of facing what you least want to face.”

In the video below, Dr. Jordan B. Peterson discusses the Jungian concept of confronting the shadow — facing the scary facts about ourselves — and relates it to the martial arts.

FYI, Dr. Peterson is a popular but controversial clinical psychologist whose programs and treatments have helped thousands of people.  But his opposition to  certain modern ideas, like alternative personal pronouns and trigger warnings, is attracting a fair amount of vitriol.

The most compelling part of his argument against trigger warnings relates to the martial arts, which is that the way to treat a person with a phobia, PTSD or some other mental condition is through exposure therapy, not through avoidance.  How Jungian, eh?

And now for the workout of the week.

Cabal Fang Workout of the Week #41 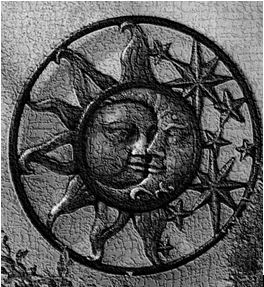 [Note: If you struggle with this, and you receive no insights, comment below and I’ll try to give you a nudge in the right direction without spoiling your realization.]

This entry was posted in Martial arts, Mysticism and tagged peterson, WOOTW. Bookmark the permalink.