Number 1 in the above definition, which is from the 1913 Websters, comes by way of ancient Greek which predates Christianity.  Number 2 is an interpretation of the Bible verse John 1:1 – “In the beginning there was the word; and the word was with God, and the word was God.”

Why did the author of John 1:1 choose this word “logos?”  And why does this word appear over a hundred times elsewhere in the New Testament?

The divine Logos is an idea that runs like a vein of gold through the whole of Western philosophy, starting with the mystery traditions of old Egypt, passing into Socrates, up through Plato, onward through the Stoics, and flowing into New Testament Christology.

It’s a deeply mystical thing to perceive the Logos, to tap into the energy of that golden vein. It’s mystical because, like the Tao, of which Laotse said “the Tao which can be described is not the Tao,” the Logos can be felt and perceived with persistent and devoted effort, but it steadfastly defies attempts to be defined.  To my way of thinking, the definition of Logos sits somewhere near the intersection of consciousness, truth, order and speech.

Maybe though, the Logos is just too sacred to say much more about.  Maybe, rather than talking about it, we should sanctify it by living it out in the way we think, act, feel and believe.

Exploring the idea of Logos I drew some ambigrams and other sketches. I hope you enjoy them and that these words and scribbles in some small way reveal a place to start digging for your own relationship with this ancient and divine force. 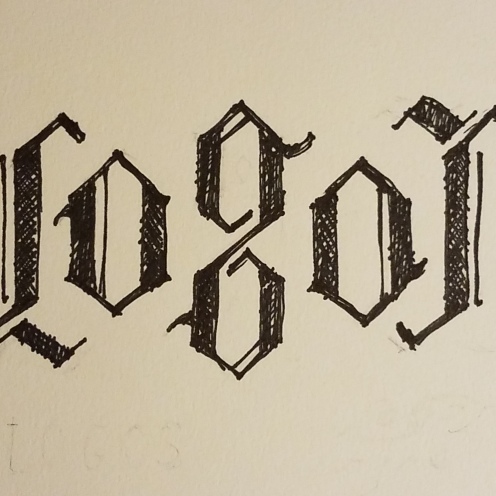 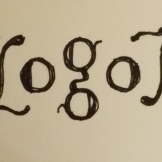 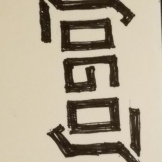 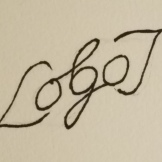 This entry was posted in Mysticism and tagged logos. Bookmark the permalink.