I was doing some research for my Frontier Rough & Tumble Martial Arts program and came across the story of Olive Oatman. I was immediately struck by the fact the Olive looks a lot like actress Eline Powell of the TV show Siren. Olive Oatman’s story would make a great movie, and it would fun to see Eline Powell in the role.

Olive’s family was massacred by a native American tribe (probably the Yavapai) in 1851. She and her sister were abducted, enslaved, and subsequently traded to the Mojave. Sorting out the truth from the facts is difficult. But one thing is relatively clear. The tattoos on Olive’s chin are of a type used by native tribes to identify themselves to ancestors in the afterlife. It’s fair to assume that at some point she was assimilated. There are conflicting accounts of her liberation story. Some sources say she left behind two sons and that she was less than thrilled to be back among whites. There are a lot of unasnwered questions regarding the intrepid Ms. Oatman. 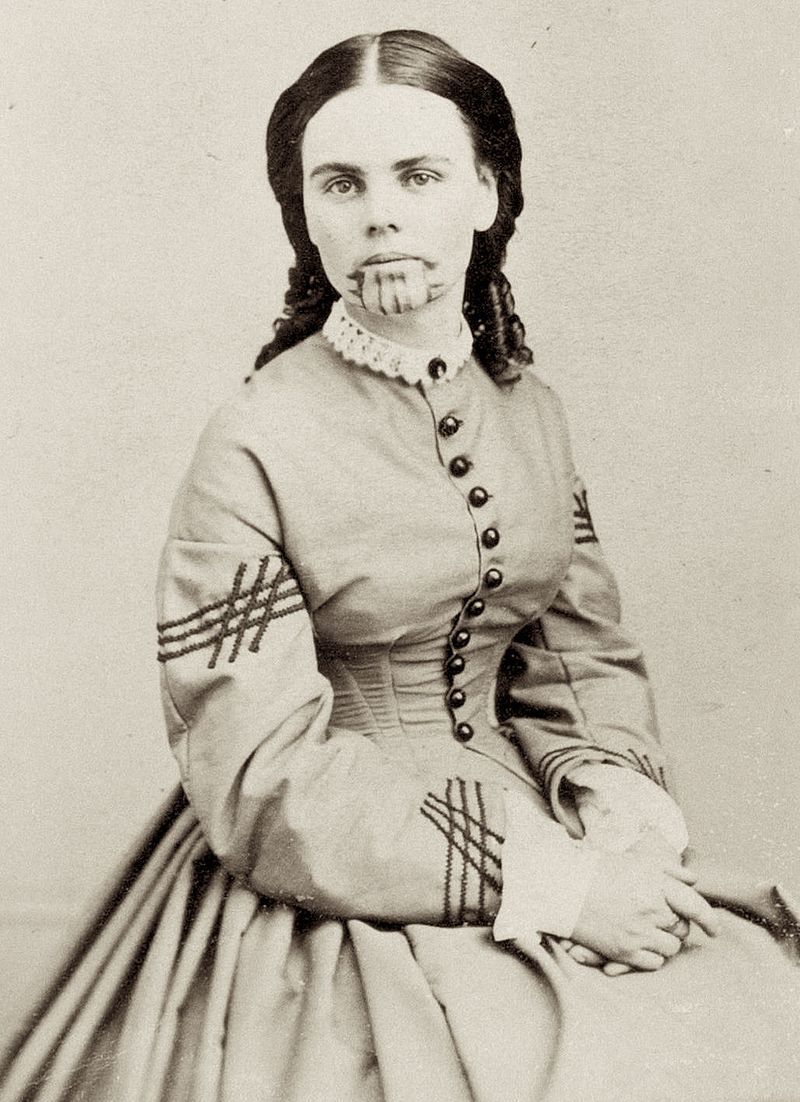 But if you look at her picture several things leap out at you straight away. She was beautiful, healthy and fit, and she looked out of her eyes with complete calm and focus. This is not a woman who betrays what she is thinking about. Nor does she look like she scares easy.

There’s so much more to her story than what you can get from the Wikipedia article, but you can start there. For additional reading, I recommend the section on her in The Old West: The Women. It has a great deal more detail.

One response to “Eline Powell as Olive Oatman”