The Legend of Tarzan Falls Flat 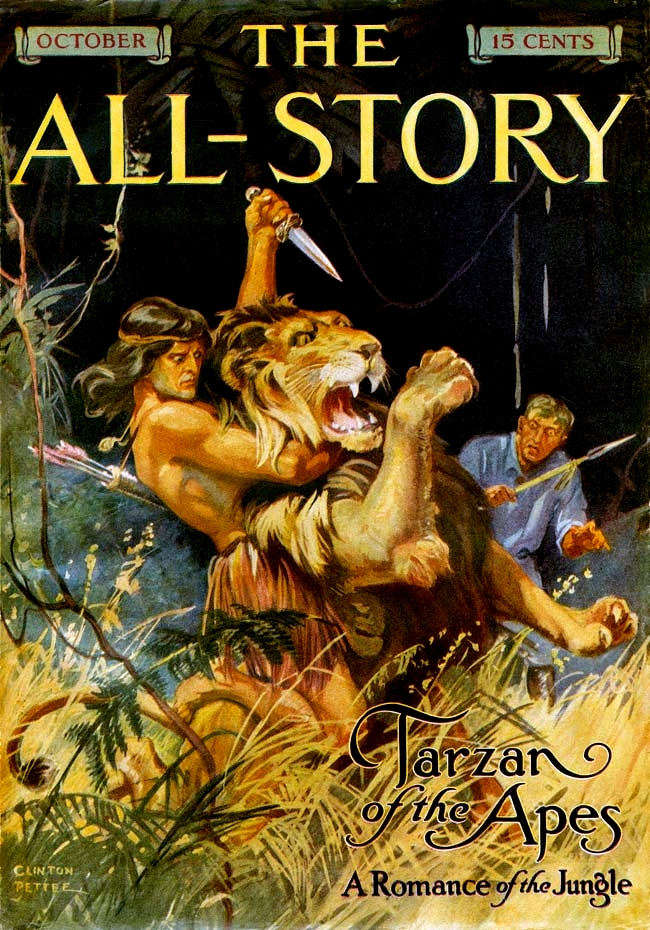 Two years ago, when I discovered that a new Tarzan movie was in development, I promised not to get my hopes up.  Well, I got my hopes up.  Shouldn’t have done that.  Wednesday night I went to see The Legend of Tarzan and my hopes for a faithfully adapted Tarzan film were dashed.

Fair warning:  There are spoilers coming.  And furthermore, I am about to get critical beyond your wildest dreams.  Intensely, heavily, metaphysically critical. I’m no Tarzan expert, but I’m close.  I’ve read the first eleven Tarzan books, I was a UVA English major, and I’m about to go far deeper in my exploration of the character than the writing and directing team of this movie bothered to go.

First, the good and the goodish.  Margot Robbie’s take on Jane was perfect, and that’s the only unqualified praise I have for the film.  There is only one scene in the film that is really good, and it is near the end of the film when Tarzan confesses his guilt at having killed Mbonga’s son.  This experience mirrors the character development of Tarzan when he first encounters humankind.  But it’s still dumb, because in the movie timeline, that was twenty years previous.  Tarzan should’ve had his “Aha!” moment years ago.

Next the overtly negative. Skarsgård put in a workmanlike performance, but never seemed to fully understand or embrace the role.  Christoph Walz’s character is a caricature.  I used to like him as an actor, but it’s clear he’s quickly developing a certain shtick.  Africa and its jungles are actually characters in the Tarzan books.  How can you decide not to film in Africa?  But that’s what they did, shooting the movie on a UK sound stage using liberal CGI, and it shows.  This should’ve been a breathtaking film, not a flat, 2D video game.  The scene in which Kala rescues baby Tarzan looked horrid.  Last I checked, there are still living babies on this planet, and plenty of costumers capable of making ape hands too.   Annoying.

Now for the more subtly awful.  Look, Tarzan is a wonder in the world of fiction.  Although the story may need updating for modern sensibilities, the characters and themes need no modification.  In other words, change all the plot details you want, but leave the essentials in place or else you miss the point.  I just want to scream at movie writers and directors, “You cannot make iconic characters better.  If you think you can, you’re an idiot.  Save yourself the embarrassment and stop trying!”

The message of Tarzan is that it doesn’t matter where you’re born.  If you’re a noble, hardworking and intelligent person you’ll go far in life.  Burroughs’ tales depict the inherent nobility of man, not his latent savagery.

The essential quality of Tarzan is his agility, both physically and mentally.  The Tarzan in this movie is incapable of coming up with a plan.  He staggers forward, relying on luck and the kindness of friends and animals to pull him out of tight spots.  Burroughs made it abundantly clear in the novels that anyone raised by apes, if they survived, would have been an incredible physical specimen.  What makes Tarzan special is his mind:

“But there was that which had raised him far above his fellows of the jungle–that little spark which spells the whole vast difference between man and brute–Reason. This it was which saved him from death beneath the iron muscles and tearing fangs of Terkoz.”

What makes Tarzan unique is that he is the utterly reconciled mixture of Man and Beast.  The tension between man and ape in Burroughs’ Tarzan is brief, and it lasts only for a short time after being exposed to humans for the first time.  Tarzan rejects what is bad about civilization — the hypocrisy, the fakery, the politics, the “veneer” as Burroughs calls it — and embraces what is positive.  He is no primitive paragon, no bizarre Dr. Doolittle.  He rides horses and enjoys the occasional drink  or cigar.  And yet, this writer/director team once again decides that there has to be internal conflict.  He mopes around in his London home thinking about the jungle, and when he gets to the jungle he seems reluctant to shed his proper clothes.  Poppycock.

Burroughs’ Tarzan speaks over a dozen languages, and yet he as capable of shedding his civilized veneer as he is of shedding his clothes.†  This film, like all previous attempts, doesn’t come close to getting across Tarzan’s ferocity, scarred appearance, and terrifying aspect.  No Tarzan movie has ever depicted the hideous scar on his forehead, the scar that, when he became infuriated, glowed red and pulsed like a demon.  Here’s how he got it:

“Terkoz had a dozen knife wounds on head and breast, and Tarzan was torn and bleeding–his scalp in one place half torn from his head so that a great piece hung down over one eye, obstructing his vision.”

This movie is awful.  But the good news is that many of the Tarzan books are in the public domain and available as free eBooks.  So do what the producers of this movie clearly failed to do — dig out your iPads, Nooks and Kindles and get to reading.  You’ll be glad you did.

†The Paris fight from The Return of Tarzan is a perfect example of this, and one of my favorite scenes in the entire Tarzan canon.  Ten hardened Parisian thugs — who really have it coming — decide to ambush our hero in a small hotel room.  Here’s an excerpt:

“The woman still stood where she had when Tarzan entered…an expression of surprise and then one of horror superseded the others.   And who may wonder. For the immaculate gentleman…had been suddenly metamorphosed into a demon of revenge. Instead of soft muscles and a weak resistance, she was looking upon a veritable Hercules gone mad.

“MON DIEU!” she cried; “he is a beast!” For the strong, white teeth of the ape-man had found the throat of one of his assailants, and Tarzan fought as he had learned to fight with the great bull apes of the tribe of Kerchak.

He was in a dozen places at once, leaping hither and thither about the room in sinuous bounds that reminded the woman of a panther she had seen at the zoo. Now a wrist-bone snapped in his iron grip, now a shoulder was wrenched from its socket as he forced a victim’s arm backward and upward.

With shrieks of pain the men escaped into the hallway as quickly as they could; but even before the first one staggered, bleeding and broken, from the room, Rokoff had seen enough to convince him that Tarzan would not be the one to lie dead in that house this night…”

This entry was posted in Mysticism, Writing and tagged tarzan. Bookmark the permalink.