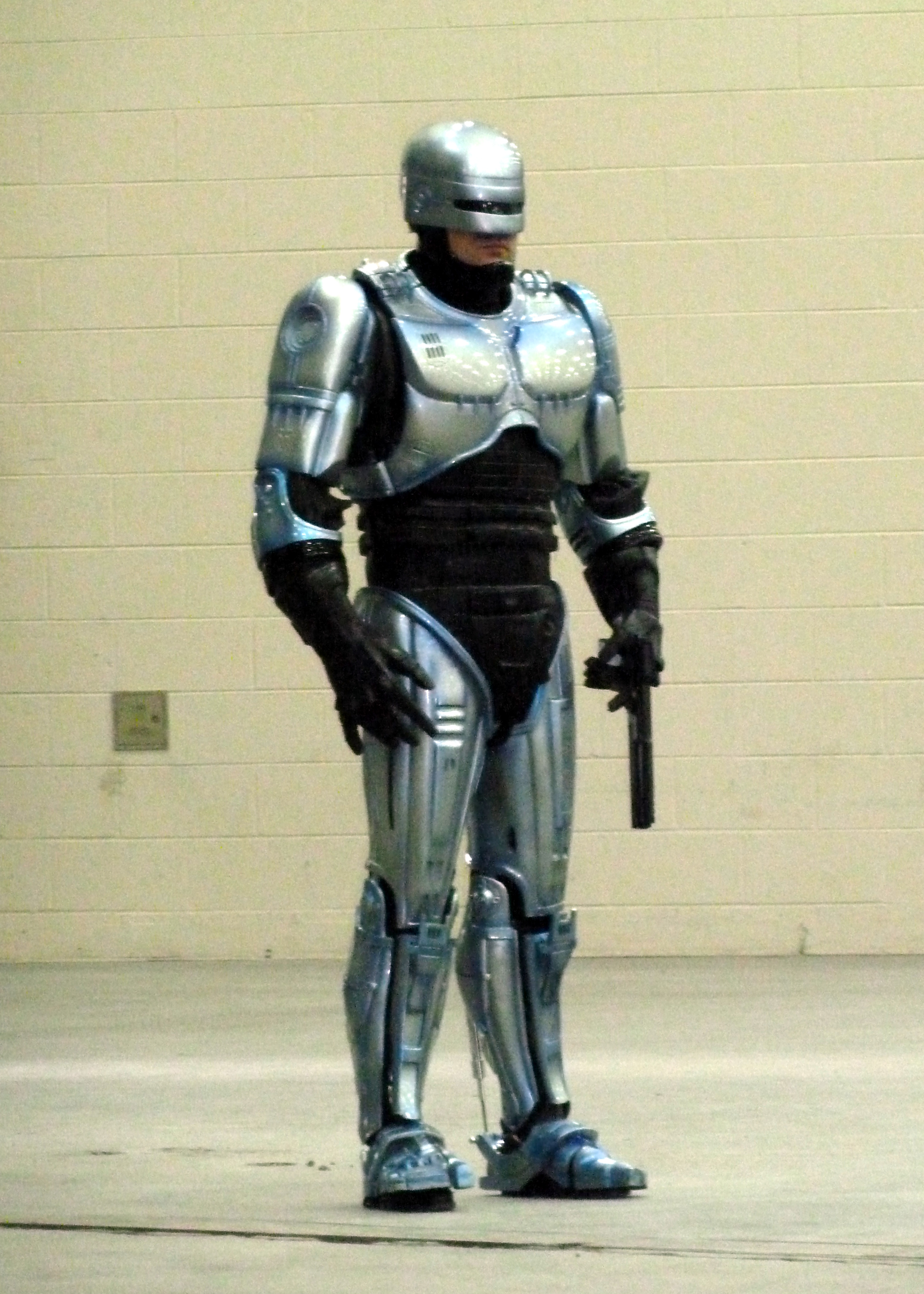 This is Robocop from the eponymous film franchise. In real life we skipped over the whole gun-toting A.I. robot phase and went straight to the bomb-delivery drone stage.

When the perpetrator of the 2016 Dallas shootings holed up in a garage and refused to come out, police sent in a robot carrying a pound of C-4 explosive.  The explosive was then used to kill rather than apprehend the shooter.

For the first time in history, a U.S. citizen has been killed by a remotely controlled bomb.

Remote-controlled bombs are inexact weapons.  Things seem to have gone reasonably well in the Dallas case, but what about next time?  When our government sends drones into a foreign nations to kill suspected terrorists, innocent civilians are often killed, aren’t they?

Are we comfortable with collateral damage on U.S. soil?

But even if we are (which I really hope we aren’t) there are still important questions.  If explosives are acceptable, should police also be allowed to carry hand grenades?  What about rocket-propelled grenades?  Bazookas?  Where does this end?  Should they be allowed to use mortars?  Howitzers?

Who will be training our police to use these weapons?   If the answer is our military, are we comfortable with creating an even closer association between our military and police forces?  Should the federal government be actively militarizing local police departments via the 1033 Program?  (For signing that legislation Pres. Clinton, thanks for nothing.)

Despite the problems it causes (read the ACLU report here), our police forces are accelerating their transformation into military forces.  First it was camo uniforms and helmets.  Now it’s assault rifles, Humvees, and explosives.

Please take a look at this simple graph before you flip out and say “But Mitch, what about terrorism?  What about all the active shooters?  How are our police supposed to fight the ever-increasing level of violence and crime?”

Crime is down.  Violence is down.  Our biggest enemy is paranoia.  And if we don’t do something about it soon, it’s going to be impossible to tell a cop from a marine.

What does it do to the hearts and minds of citizens, especially our children, to live amid this level of militarization?  Is that what we want?  To raise our kids in a country that looks like it’s ruled by a paramilitary junta?

This entry was posted in Martial arts, Writing and tagged police, robots. Bookmark the permalink.