Keaton Jones, Put up Your Dukes 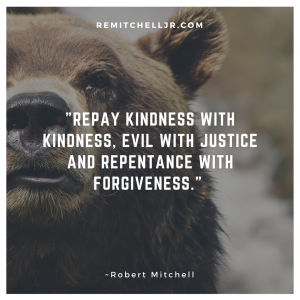 The internet’s response to Keaton Jones’ emotional video about his experiences being bullied has been remarkable.  I was heartened to notice that many folks, famous and otherwise, reacted the same way I did – they felt like Keaton was an incredibly likable kid, and that he ought to put up his dukes.

That was the advice I gave my son when he was getting bullied, some time around age 10 or so.  I told him “sticks and stones” — ignore all insults and taunts — but if a bully pushes you, push him back.  If he punches you, punch him back.

I was bullied as a kid. I know how it feels.  I also know how it feels the first time you let a bully know that you’re not going to take any more and you hit him in the chops one good time.  It feels pretty darned good, but not nearly as good as it does to walk to class with your head held high for change.

In support of my argument I present the following points:

How do I, as an interfaith minister, a seminarian pursuing Holy Orders and a martial artist, reconcile all this?   Shouldn’t I be advocating the Golden Rule?

Well, the Golden Rule as given in Luke and Matthew is “Do to others what you want them to do to you.”  And there is also Proverbs 27:17 — “Iron sharpens iron, So one man sharpens another.”  I don’t think the Bible says you should never ever put up your dukes.  If I ever become a bully I want somebody to teach me a lesson so I learn to change my ways.

So, all in all, here’s my Interfaith, East-meets-West version of the Golden Rule that combines Confucius and Christ in equal measure:

“Repay kindness with kindness, evil with justice and repentance with forgiveness.”

3 responses to “Keaton Jones, Put up Your Dukes”