A Quote from David Lakota 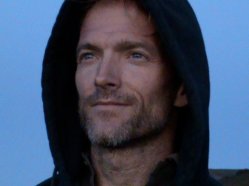 So I was watching Doomsday Preppers the other day and there was a segment on David Lakota, an amazing guy with serious skills.

Although I can’t get behind everything he said on the show (like trusting only his relationship with the Creator when determining the edibility of wild plants or the safety of potable water) and some of the stuff on his blog seems way, way out there (like his New Earth Army Shaman and Jedi training program) he’s clearly a courageous fellow who’s not shy about his beliefs.  Just check out some of the far flung subjects he’s written about — bootcamp training, survivalism, shamanism, several expedition logs, and the list goes on!

But what I really liked was the quote he closed his segment with:

“The beaten path is for the beaten man.  In wildness is the preservation of the world.”

Anybody who can barefoot climb one of the highest peaks in the Hawaiian islands, look straight into the camera, and speak words like that is okay in my book.  Keep doing your thing David.