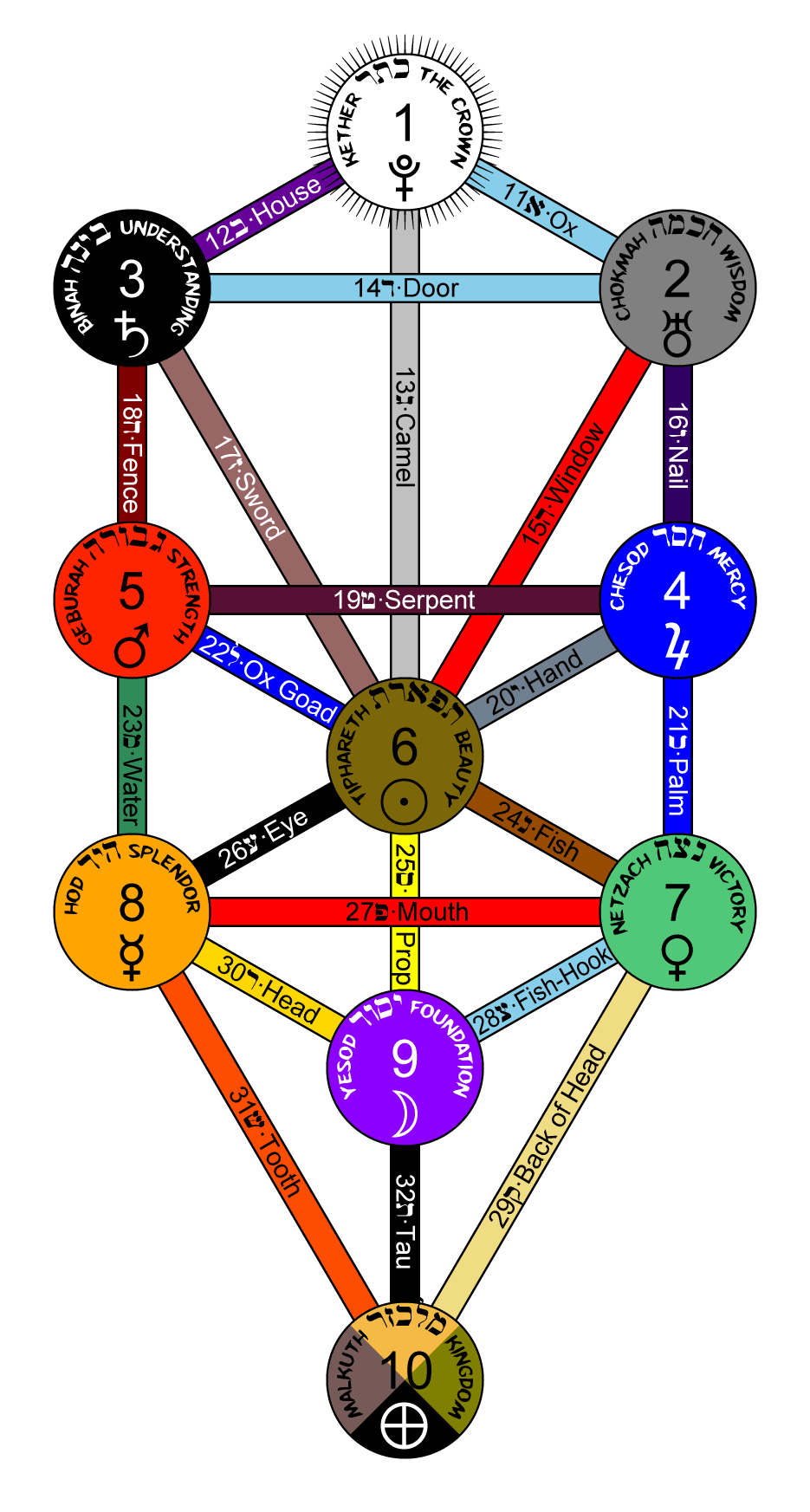 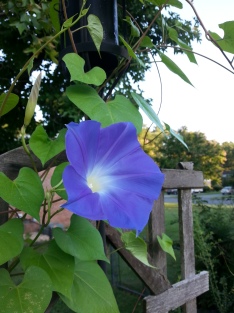 A morning glory on my patio this morning. Don’t forget to stop and smell the roses. Or morning glory. Any flower will do.

I greeted the morning by reading a lovely post by Moma Fauna that reminded me that I need to breathe a little and generally chill out.  That’s one of the things I love about her blog.  It seems like every post is written just for me, like one of those pictures where the eyes seem to follow you no matter where you are in the room (only not creepy).

I think it’s time to engage my Neshamah and disengage my Ruach.  So I shifted my morning workout down a couple of gears and took a moment to walk around my yard and enjoy the flowers.

What’s a Ruach and a Neshamah?  Well, in Qabalah  there are four parts of the soul:

And now for your 2-part Cabal Fang WOD (workout of the day).  Part 1 comes by way of the irrepressible Coach Mark Hatmaker.  It was in this morning’s LEGENDS Newsletter email.  If you want to get Legends in your email box, sign up here.

You see a post on Facebook.  Some friend of yours has visited Jackson Hole, and there are pictures of mountains, barns and elk.  You yawn and, because your friend seems so excited and you want to be considerate, you click in a quick “like” and move on.

Six months later, while on a a trip out west, you get stuck at Jackson Hole Airport and there’s no plane out until the next morning.  You figure, what the heck, you’re at the only airport in America that’s actually inside a national park.  Why not go look around?

You are floored.  The scenery is incredible, the Teton Range are like no mountains you’ve ever seen before.  Every barn, every elk, and every conifer glows with significance.  You start snapping pictures with your cell phone, fully intending to put them up on Facebook as soon as you get back to the airport, because people have to see this amazing place.

And then you realize that one of your friends already did this.  They were here, they felt the same way you do now, and you ignored their pictures…

With an hour set aside to work on my forthcoming Qabalah book, I put every Tool record I own on shuffle and slipped on my headphones.  The music played, and the words flowed, until Forty-six & 2 entered the rotation.  My fingers froze.  I had heard this song a thousand times.  And although I always liked it, and could sing along through most of it, it was as if I was hearing it for the first time.

I had long ago thought through the lyrics intellectually.  I had read the Wikipedia article, already knew what the words meant, that the song’s reference to the shadow was supposedly Jungian, etc.   But, I realized, when I had previously heard the song I had never seen the DNA of creation coming down through Kether, had never been forced to face my shadow at Gamaliel and felt a change coming through.  I had not picked the necessary scabs.  Now that I was hearing the song in the wake of my Qabalah project — pathworking the twenty paths of the Sephiroth and Qliphoth — the song was real.   I was in Jackson Hole.  The mountains were breathtaking, and so were the elk and the barns.

In a sense, I am taking pictures and putting them on Facebook.  And, most likely, you are going to give them a polite thumbs up and move on.  But, if you want to know what Forty-six & 2 is really about on its deepest level, pathworking the Sephiroth and Qliphoth are an excellent way to make the discovery.

If you don’t like my route, I’m sure there is another way to reach Jackson Hole.  Perhaps someday you’ll be stuck at the airport, alone and bored, and you’ll decide to explore the surrounding park…

My Tree of Life and Death

I’ve been studying Qabalah and the Qliphoth for the few years, and since my novels are set inside a fictionalized version of The Tree, I made this giant folding poster as a visual reference.

My poster contains fictional and non-fictional references, my personal notes, etc.  Notice  each path contains a miniature picture of the Tarot trump associated with it by the Golden Dawn (here is a great article that contains a wealth of information about pathworking with the Golden Dawn attributions).

I have, in a sense, combined the Qliphoth with the Sephiroth so that each orb contains the name of both.  This superimposition makes certain correspondences abundantly clear.  Since this photo was taken I have also pasted in Thomas Karlsson‘s 22 pathworking sigils.

The descriptions of the Emanations and their Husks, both in my novels and on the poster, are based on my own pathworking experiences, my artistic intuitions, and the various color indicators gleaned from many different color tables and scales.

I intend to continue adding notes as I work and write, so it will never be ‘finished.’  But at some point, when it’s reasonably concise, I may consider creating a poster of it if anyone is interested…