Today’s post is a grab bag of miscellaneous stuff.

A film review.  Last night the wife and I watched Hidden, a truly original horror film with a couple of great twists.  It stars Alexander Skarsgård, Andrea Riseborough (remember her from Birdman?) and Emily Alyn Lind.  This is not a gore-fest or startle-flick.  It’s a film.  You remember films. right?  Those things that have great acting and pacing and an actual story?  Yes this is one of those.  It only got 6.4 stars because horror fans want either SFX extravaganzas or buckets of blood and this film has neither.  If your favorite horror move is Saw 3-D, you’re going to give Hidden  only 6 stars.  On the other hand, if your favorite horror move is Let the Right One In,  you’ll give Hidden 8 stars.  We loved it.

Remember Wes Studi as The Sphinx from the movie Mystery Men? Now that’s what I call penny wisdom.  That’s him right there at the top.

Penny wisdom, as a general rule, is bullshit.  So called because it has been historically dispensed from vending machines for the princely sum of 1¢, penny wisdom isn’t wisdom at all.  It is witty.  Wit, cleverness and quip don’t equal wisdom.  That being said, I’m famous (in my own mind at least) for several bits of penny wisdom that are worth considerably more than a copper coin.

Your knife-fighting WOD is as follows.

Note: I did mine with a knife, but you can sub another weapon if you prefer.

Set a timer to beep every 1:00 min.  Pick up a dull training knife and cycle through the following four times (20 mins total).  First time through, knife in right hand in hammer grip, second time RH icepick grip, then LH hammer, then LH icepick.

For the duration of the workout, count the number of times the live end of your dummy knife touches your body, the floor, or anything unintended.  At the end of the 20 mins, complete 10 Get-ups for each flub (with dummy knife in hand, of course). 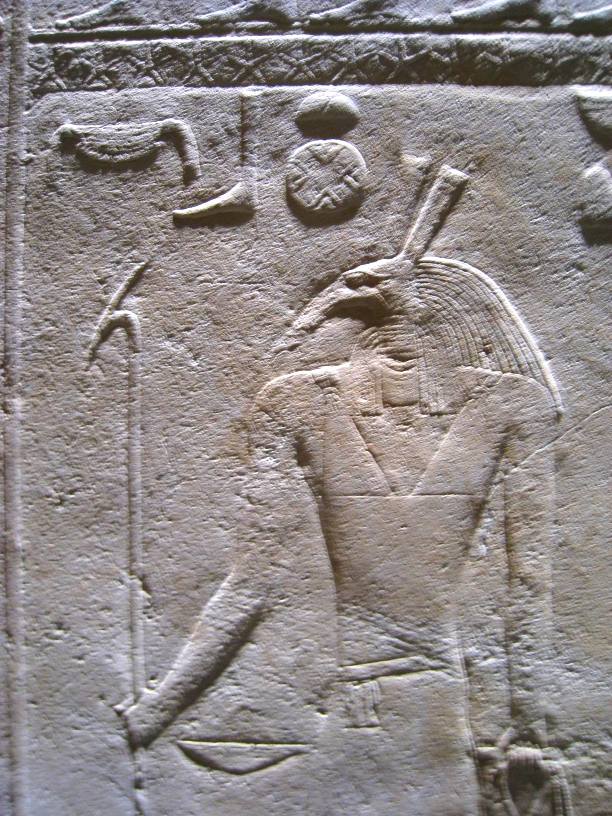 The Archeology of Post-CGI America The Great Sphinx of Tanis (courtesy of Wikipedia)

How many times have you heard, or even said yourself, “A thousand years from now, archeologists will find remains of “_______” (insert humorous or peculiar modern day object here) and wonder what we were thinking about…”

When I read that archeologists had uncovered a 15-foot tall sphinx from the 1923 version of “The Ten Commandments,” I experienced a very surreal moment and a profound realization.  For almost 100 years an artifact of the Pre-CGI era languished beneath the sand.  Now a documentary film-maker is shooting the tentatively titled, “Lost City of Cecil B. DeMille.”  We we have been making movies long enough that movie sets have become lost cities, and props have become artifacts.

During the Pre-CGI era, we made new versions of Tanis, Angkor Wat and Machu Picchu.  Like their ancient counterparts, places like DeMille’s lost city were religious centers.  But rather than paying homage to gods of fertility, death, or rebirth, these places were for the worship of art, entertainment, and profit.  The ancient monuments were made of sandstone and granite.  DeMille’s were cast in plaster.

In the current era we construct virtual worlds, the Avatars and Transformers of the modern psyche, out of electrons.  Humanity’s creation is a sine wave, a vibratory signal that repeats and repeats and repeats.  Each iteration, at least in the material plane, becomes weaker and weaker and weaker.  In our imagination the virtual signal is getting stronger and stronger, deeper and deeper, the virtual world more and more complex and “real.”

On the material plane, where only actual artifacts can be dug up, pickings will be slim for archeologists of the future.  The only traces of the Post-CGI era that will endure to be teased out of the sand will be mouldering server banks and the bones of extinct animals.

I was watching a show on cable the other day called Red, Hot & New, and there was ten minute bit on Kim Kahana and his stunt school.  Watching him repel down a four-storey wall it was hard to believe he was 83 years old.  He looks more like 50!  So I looked him up Wikipedia and I was floored.

How is it possible that I never heard of this guy before?

He dropped out of school at age 13.  Unable to read and write, he survived on the street.  As a soldier in the Korean War, he was captured and shot by firing squad.  Pretending to be dead, he crawled out of a mass grave, made his escape, and received numerous medals.

After the war he returned home and got into the movie business, first as an extra and then as stuntman.  He has over 300 movies to his credit.

He holds black belts in five martial arts.  He once killed two men who were attacking a woman in a parking lot using only his hands and feet.  Now he pays the bills by training stuntpeople.

If this guy’s for real, he should probably be running a superhero school instead of a stunt school.

In the folder that holds my martial arts resume you will find the certificates I earned from taking Dave Durch‘s JKD/Kali seminars.  It turns out that Dave landed a role in the movie Tomorrow You’re Gone.   The film stars Stephen Dorff, Willem Dafoe, and Michelle Monaghan.  It is in post-production and is scheduled for release later this year.

Yes, Dave has the panther-like body mechanics of a master martial artist; and yes, he looks like a man who could put you in the ICU (because he very easily could).  But Dave is one of nicest, most sincere and caring martial artists I’ve ever met.  Go see his movie when it comes out.  He’s the real deal.

Congratulations Dave, I’m happy for you!