If you’re new to the idea of the Bradbury Challenge, here’s my inaugural post.

I promised myself I’d finish The Vase of Melampus by the end of Week 6, but the thing grew into what looks like almost a novella.  The challenge is to write a story a week, not to not to come up with ideas for novellas and get bogged down.  Melampus was way too big of a concept, so I decided to come back to it later and left it about half done.

Week 7:  I wrote a story called Soup, a quirky little piece that takes the form of a fake newspaper article about the POTUS going off the rails.

Week 8:  This was a super week.  I wrote Rebirth of a Salesman, which may actually be the best short story I’ve ever written.  Love this story, and I plan on entering it in the Zoetrope contest this weekend.

Week 9:  This week I bombed.  Although my writing output is solid, I put all my effort into working on the upcoming calisthenics book and editing the novel.  I did however submit a story to the Paperbook Collective and I made the next issue.  By all means check out the blog and online mag.  There’s some great stuff going on over there (and Jayde is an aspiring ‘zinester, which gives her additional cool points).

Next week: back on the horse.

The Bradbury Challenge that I set up for myself was basically to write a story a week.  Week #3 i started The Vase of Melampus.  That turned out to be a really long story, and I spent week #4 working on it.  Week #5 I went to Kill Devil Hills, NC for a week of vacation.  Now it’s Week #6 and I’m going to wrap up The Vase of Melampus and start a new story.

This is a great challenge.  It’s everything Bradbury said it was cracked up to be.  Not only does it require discipline, it requires creativity and imagination galore — in fact I have absolutely no idea what the next story is going to be about.  I got nothin’.  I guess I’ll have to cruise over to Terribleminds and get some inspiration.  Chuck’s always got a challenge going over there.

New Writing Gig for Me — and for You (Submissions Wanted)

I’m now a contributor to the Hulltown360 Literary Journal‘s blog entitled Writer’s Lunch.  You’ll see me posting about writing over there.  Check it out!

If you’re a writer and you want to get published (ePublished that is) by all means submit something to Hulltown360.  Please note that I’m not an editor.  No begging and pleading with me for inclusion in the next issue — just dodge over there and submit.  The editors will contact you through submittable.

Hulltown360 has been around for several years, and if they’re going to make it another two or twenty, they need you to submit your stuff.  So do it.  It’s a win-win (how very 90s of me, but oh how true).

I was supposed to be done with the next book — “The 14th Mansion” — by 5/15 and I’m not.  I let things interfere, and that was dumb and regrettable.

Sorry guys, release date is probably going to be September/October instead of July.

Writing Progress Report (and some perspective)

I’m a little behind the plan on the new novel, but after some extra writing time Friday night, I’m starting to catch up.  The 14th Mansion — which features characters from both of my previous novels by the way — should come in around 80,000 words.  Which means I’m more that a quarter of the way through in just 30 days.

I also entered a short story called Ms. Ishmael’s Box in a contest over at Litreactor.  So far the story has a 100% positive rating.  The prize?  A chance to get feedback from lots of great writers (including Chuck Palahniuk).

Speaking of Palahniuk, here’s a quote from the movie Fight Club which was based on his novel of the same name.  It leads nicely into what I want to talk about next:

“This is your life, and it’s ending one minute at a time.”

One of the things that has made writing for more fun and easy is my perspective.  Since putting my books up on Smashwords last year and really taking the plunge, I’ve used my martial arts training and knowledge of the occult to turn my perspective inside-out.

When I was younger, becoming a successful author seemed like an impossible task and an unattainable goal.  But now I see that if you want to be a writer, you just be a writer.  This applies to whatever a person wants to do or achieve.  I redefined the phrase ‘successful author.’  A successful author approaches the craft of writing with sincerity and writes stuff that people enjoy reading — no more and no less.

Defining success in terms of money is a trap.  Money is not lived.  Life is lived, and it is fleeting; it wants to be spent in the practice of whatever craft that beckons you.  This is your life, and it’s ending one minute at a time.

Whatever it is you want to be, I suggest you become it today. 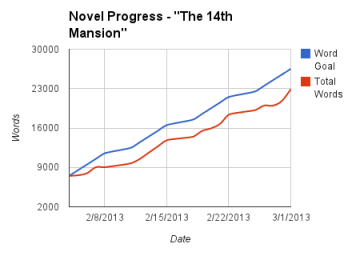 Another milestone reached today: my books have been downloaded 200 times.  But what does that mean?  After all, it’s not like I’m on the New York Times Best Seller List or anything.

After years of collecting rejection letters from publishers, dreaming of someday being a published author, fantasizing about what the life of a novelist might be like, and wondering if my books could change lives and maybe even make the world a better place, I decided to stop talking and start chalking.

In October of 2012 I came to a realization and put two novels up on Smashwords.  As a martial artist who knows that living in the moment is a prime ingredient of physical survival and spiritual well-being, I’m still shocked I didn’t see it sooner.  What I realized last year is that being a writer isn’t a destination but a state of being.

What does 200 downloads mean?  It means that, since the definition of a writer is someone who writes stuff that other people actually read, I’m no longer merely a fantasizer, wonderer, or dreamer.

The Tarot of Character Development

Every writer has tricks and odd habits, idiosyncrasies and methods for starting a novel. Some outline like crazy, some not at all. Some like to base characters on figures from myth and fairytale. And so forth.

My favorite tool is the Tarot.

I start with an idea, a general plot, theme, and feeling that I want the reader to experience when the last page is turned.  I create a list of major characters and their relationships.  Then I get out the cards.  The deck in the picture is the one I bought with my allowance as a teenager in the ’70s, the only deck I’ve ever used.

I complete a reading for each major character using the Celtic Cross format. This process tells me where they’ve been, where they’re going, what’s vexing them, and so on.  I read as though I’m reading for a real person, and try to bring all my intuitive skills to bear.

Once that’s done, I revise the plot, theme, and message to incorporate all of the great detail gained from the Tarot process. At this point the characters take on a definite ‘life.’  The Tarot readings have a profound effect on the process, often taking the original story idea in a different direction than I had previously  envisioned.

I then clearly conceptualize the end of the book, the climax, the point at which everything comes to a head.  Starting at the end, I work backwards to create a detailed chapter-by-chapter outline, layering in the events, character interactions, and sub-climaxes so that they build toward the climax.

Next to each chapter in the outline I estimate how many pages it will take to relate the material.  I then add up the numbers and make sure I have enough to make a novel.

Once that’s done, I start writing at the beginning, at page 1.

Call me crazy, but I don’t think my methods are that unusual.  After all, the Tarot have been used for centuries to help unravel the personal stories of living people.  Why not fictional ones?

After many half-hearted attempts since exiting college thirty years ago, I have resolved to make real go of it as a writer.  Here’s where I am as of today: 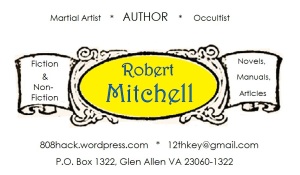 Realization time:  as a writer I’ve been trying to pick my own path up the mountain without learning from those who’ve gone before.

In a very Tim-Ferriss-like manner, I analyzed what I’ve been doing and found it lacking any kind of real plan.  If you’re going to climb Everest, you should know how the other guys did it, and also what killed the guys who failed.  So I started asking myself some questions, and for answers I decided to use James Patterson and Stephen King as a baseline (not because I idolize them, although I really dig King, just because they were the first two who came to mind and there’s a ton of info available about them online).

How often does a successful writer publish a new book?  In the last three years James Patterson (with the help of his famous/infamous team of assistants) has churned out over 30 novels.  Stephen King has released 6.  I’ve produced 3.

How many query letters does the average writer put in the mail each week?  I couldn’t get any reliable figures on this, but I’m fairly sure neither Patterson nor King sends query letters anymore.  Publishers call them.  I sent 5 last year.  By any measure, that’s way too few.

Anybody can run a marathon, a mile a day spread over a month.  A champion marathoner runs it in under two hours and fifteen minutes.  Anybody can write a book a year, muck around trying to sell it, and mope when nothing sells.  A master of his craft writes well, writes consistently, and actively hawks his wares.

So each week I’ve resolved to write 6,250 words and to mail at least one query letter — that’s 5 times the production and 10 times the sales effort.  And I will be coming up with stories that take a little longer to tell.